EuroAlco – about a high-quality divin and a new brand

Euro-Alco SRL is a company known far outside Moldova for its high-quality spirits, wines and the other alcohol products. However, many people in Moldova have learnt about it as a manufacturer of divins only recently. We have contacted Evgheni Burceac, the managing director of the company, with the question of why these products are practically unknown in the domestic market.

In fact, the company was incorporated back in 1994, although its history goes back to the distant past. Everything started in 1898 in Chisinau with the N. L. Shustov with Sons brandy distillery. The oldest distillery in Europe, built by Shustov himself and having an important historical and cultural value, is still preserved on the territory of our factory. Euro-Alco is now one of successors of the winemaking traditions of the great Shustovs. The only thing that has changed since then, is the introduction of new production technologies and meeting the advanced standards. Nevertheless, we treasure the traditions of our famous predecessors. 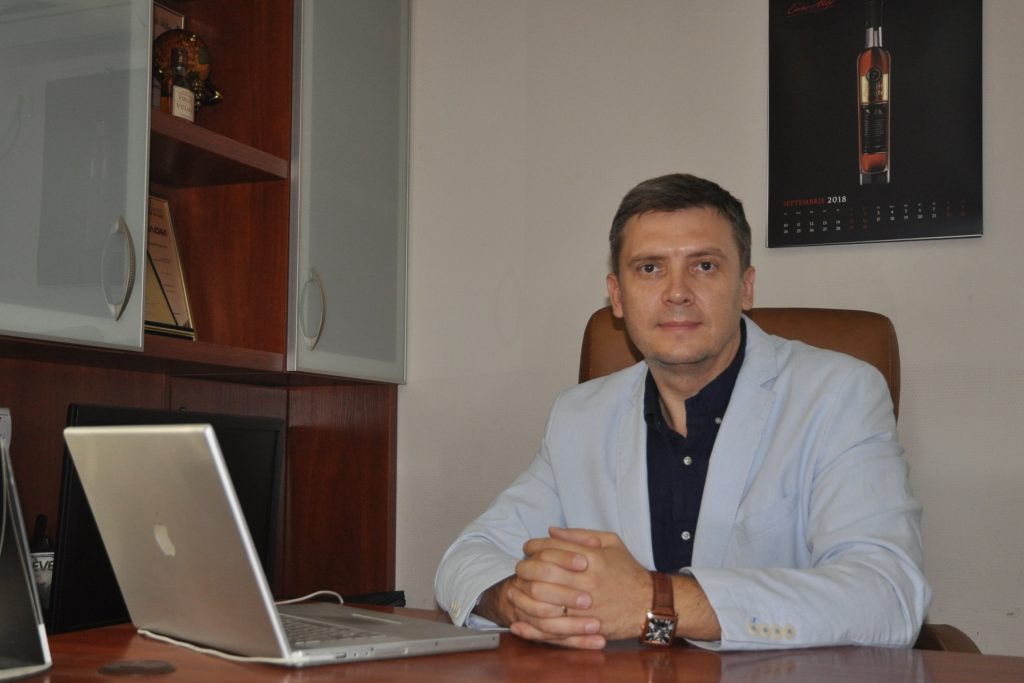 But why have the Euro-Alco divins begun to appear on the shelves of Moldovan stores only now?
The fact is that initially the company was aimed only at export deliveries, and mainly of wine products. Together with our partners from other countries, we have developed a product that is as good as the best French cognacs by its taste and quality. This is a so-called “French line”. The Louis du Conté brand was developed for this purpose. The success was so great that we did not always manage to fulfill all orders for export markets.
You are talking about the “French line”, are there any other divins?
Let’s start with the fact that the tastes of Moldovan consumers have always differed from those of Western ones. Consider the brandy produced in our country in the 70-80-s and the French cognacs. The taste and flavor were significantly different. And this is not because the Moldovan brandy was worse, but because we have traditionally other preferences. The so-called “soapy” taints are inherent to the French line while the Moldovan brandies are characterized by a more mature oak flavor. Therefore, we have conveniently divided the divin produced by us into 3 categories: the “French line”, the “Moldovan line” and something in between these two lines. Sort of divin to our taste.
What countries are your products delivered to?
Our sales geography is quite broad: Ukraine, Poland, Romania, Bulgaria, Turkmenistan, Kazakhstan, Slovakia, USA, Canada, and China. Of course, we manufacture products not only under the Louis du Conté brand. For each market, there is a separate brand, which is closer and more understandable to the consumer, but we strive to keep the quality unchanged. This is evidenced, by the way, by a large number of awards won at the international wine-tasting competitions.
You have decided to enter the domestic market can we now say that a new stage in the company development has begun?
Yes, it has. This is a serious step and we have been preparing for this for a long time. Euro-Alco has production capacities and facilities that provide a full technological cycle. Before deciding to enter the domestic market, we have increased the raw material base and purchased additional equipment. We understand that our consumers are quite spoilt for choice, there are many manufacturers in the market that are long-standing and well-known. Nevertheless, we are sure that we can successfully compete with many of them.
It is well-known that Moldova faces the lack of human capacity. How did you solve this problem, and how many people are currently employed at Euro-Alco?
The company has 120 employees. The staff have survived a severe crisis of 2006. The so-called wine embargo pushed back the company, which was one of the largest suppliers of alcoholic beverages to the Russian market. In this situation, it was extremely difficult to survive and to preserve the professional core team. We have succeeded. We have become practically a family, where everyone cares about the common business.
Which of your divins will be available in Moldova?
As you may have noticed, the Louis du Conté divin has already appeared on the shelves. This is our first brand. Taking into account its success in other countries, we have decided to sell it in Moldova as well. In the nearest future, you will be able to purchase another divin under the Marele LOGOFĂT brand, developed specifically for the Moldovan market.

What is the difference between these two brands?

In both cases, the contents of the bottles will be of the highest quality. But, of course, they will differ from each other. Louis du Conté is a classic divin, familiar to the Western consumers, while Marele LOGOFĂT is our particular pride. It is produced by using a special technology, more familiar to Moldavian taste. We have tried to combine all the best in this product: modern technologies, the experience of many generations and, of course, we have added something of our own. We hope that this product will please true connoisseurs of high-quality divin.

This is a homage to the history of Moldova. The title of marele logofăt (the great Logothete) was used in medieval Moldova and Wallachia to designate the head of the Gospodar’s chancellery and the keeper of the state seal. In the absence of the Gospodar of Moldova, the Great Logothete performed his functions. Many of the logothetes were truly outstanding personalities, wise and great. “The country is strengthened by the rulers’ benevolence, while their cruelty and especially greed bring the country down” (“The Chronicles of the Land of Moldavia” by Myron Kostin, the Great Logothete of Moldova,).

By the way, Stefan cel Mare usually began his documents with the phrase: “The Gospodar has ordered, the logothete has instructed, the scribe has written …” Few people know that Ion Teutu, the Great Logothete, who lived in the times of Stefan cel Mare, was the first Moldovan who tasted coffee. And, as you know, a good cognac perfectly complements a cup of coffee.

We want this divin to become a truly national drink, which we all could be proud of, and that when being far from their homeland and seeing the LOGOFĂT brand, people will think of Moldova.

How soon will LOGOFĂT appear on the shelves of our stores?

Official sales will start in early October, and we hope that it will appear in each outlet very quickly. Therefore, take a careful look at the store shelves or simply ask consultants. We will post the list of stores, where the first deliveries will begin, on the official website www.euroalco.md and on the Euro-Alco page on Facebook. Become a follower of the page, and be the first to know all the news of the Euro-Alco company.

Which divin would you recommend the consumers to taste first?

Taste, feel, trust your feelings. Taste and give your personal verdict! You will have such an opportunity in just a few days, at the National Wine Festival. 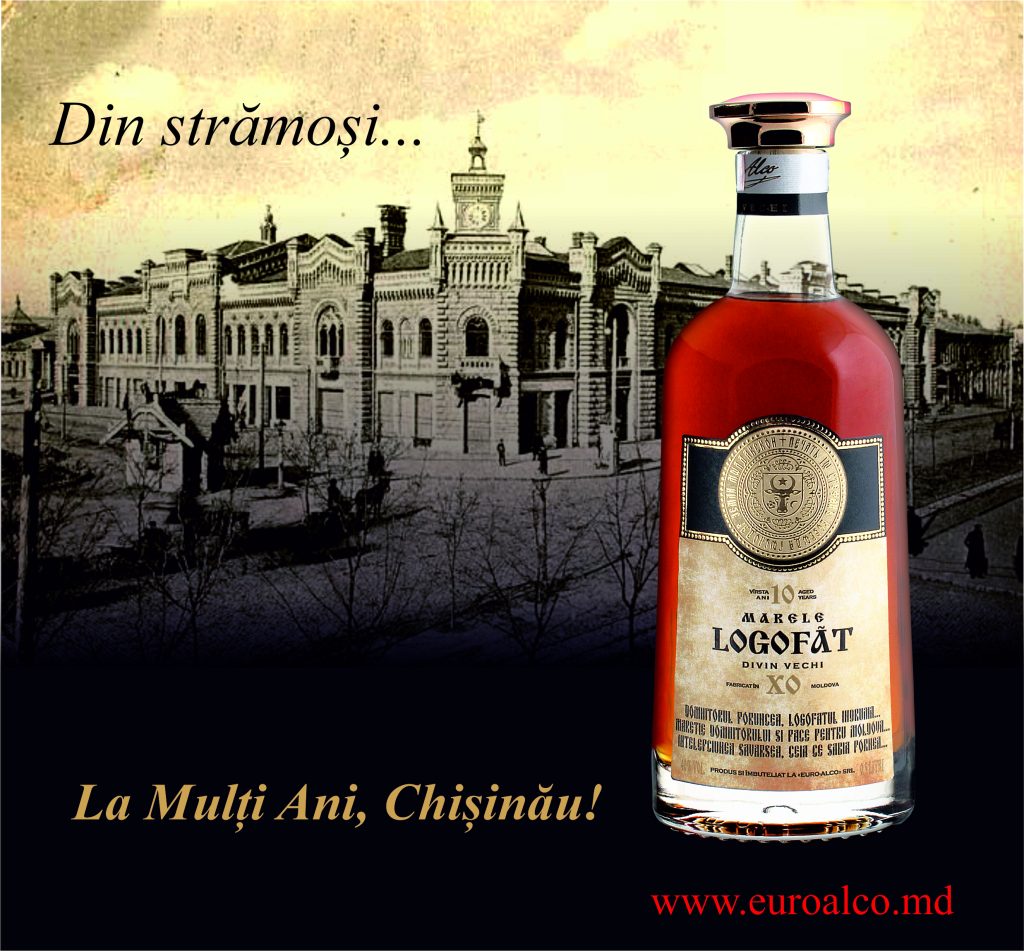 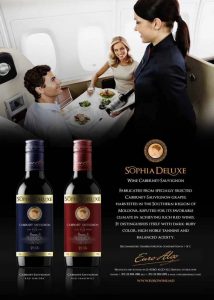 On a flight with Air China and Euro-Alco SRL companies!

Now, the products of the Moldovan company “Euro-Alco” SRL, mainly known in Moldova as one of the largest exporters of wine and cognac products, are… 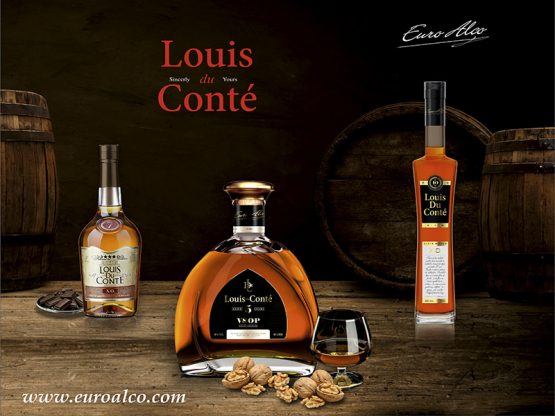 Sorry, we aren't online at the moment. Leave a message.

We'll get back to you as soon as possible.
Login now

Help us help you better! Feel free to leave us any additional feedback.

How do you rate our support?